The KIT team Let's Party: Home Alone has participated in the 45th ICPC World Finals in Dhaka. By solving four tasks, they are among the 50% best teams in the whole world.

From November 6 to November 11, 2022, the annual ICPC World Finals took place in Dhaka. Our team consisting of Christian König, Ilia Bozhinov and Michael Zündorf had already qualified for the World Finals with their gold medal at the Northwestern European Regional Contest 2021 (NWERC) more than a year ago. Now, after a long wait due to the corona pandemic, the time had finally come. But the wait was worth it, as these were the first ICPC World Finals since Corona to be held again in the usual on-site setup, i.e. three contestants, one computer and five hours of time. 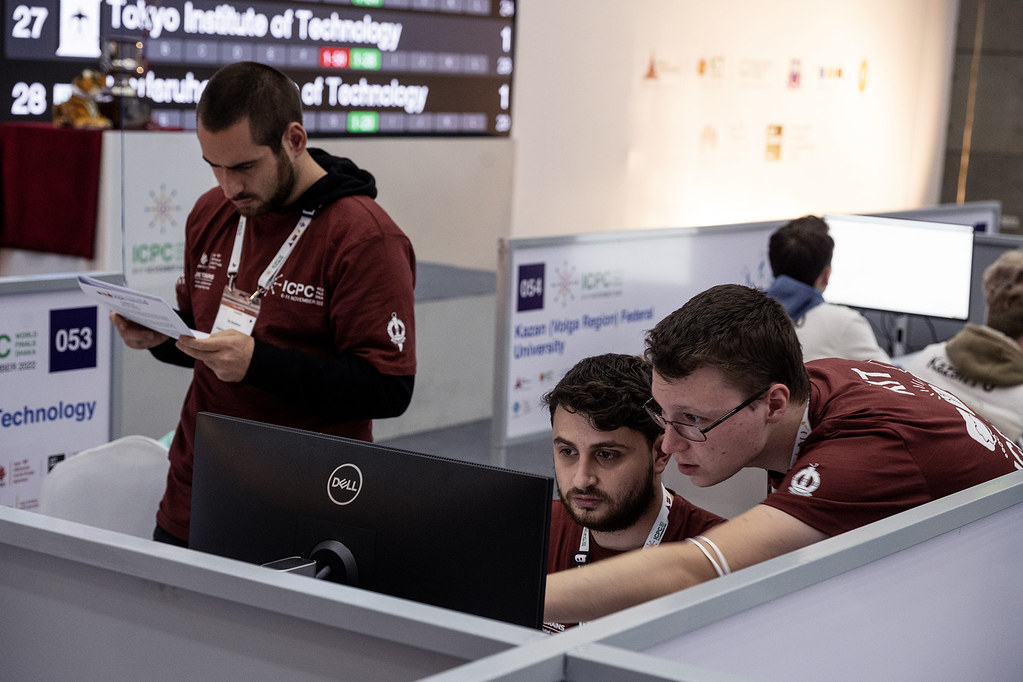 The contest this year was hosted by the University of Dhaka in Bangladesh and streamed for the world to see. You can find a recording of the festivities and the contest here. If you just want to get an overview of the winners and the scoreboard, just look here. 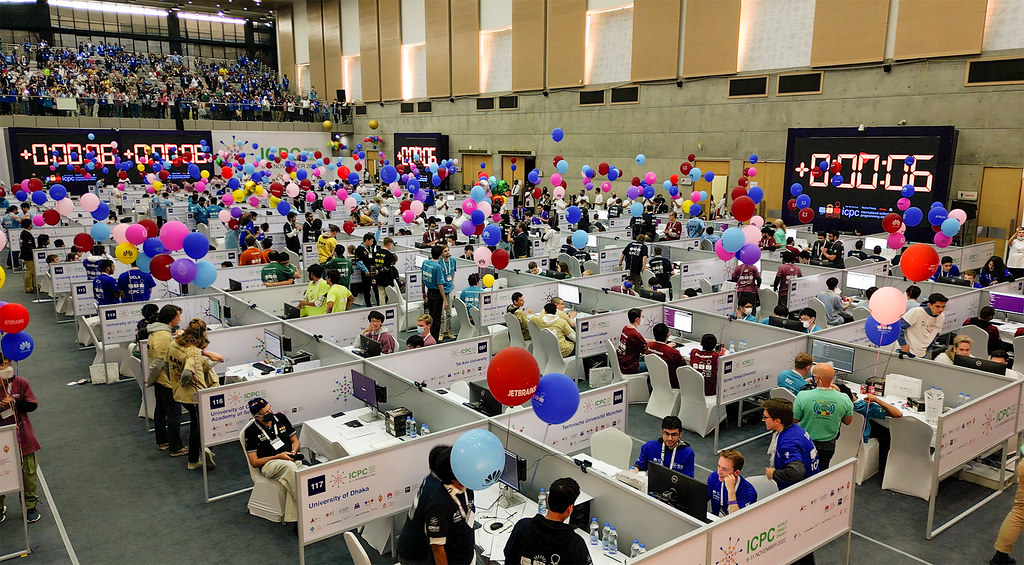 The ICPC World Finals are the final round of the ICPC and include twelve algorithmic problems. It is important to both quickly derive a solution and then implement it as precisely as possible. The problems come from topics such as graph theory, numerics, geometry, number theory or dynamic programming. Coordinated group work, wide-ranging knowledge, efficient and error-free work as well as the recognition of edge cases are particularly emphasized in this competition.

The next ICPC World Finals will be held in Egypt in 2023. In two weeks, we will see if another KIT team qualifies at the NWERC.