Every day, 40,000 trains race along the rail network across Germany. Almost 600 passenger planes roll across the tarmac at Frankfurt Airport alone every day. These traffic flows are essentially controlled by computers. The interaction between the computer and communications system and the vehicles or aircraft must run smoothly. André Platzer is conducting research to make such computer assistance systems extremely safe. The expert for theoretical computer science now comes to KIT as Humboldt Professor for Artificial Intelligence. 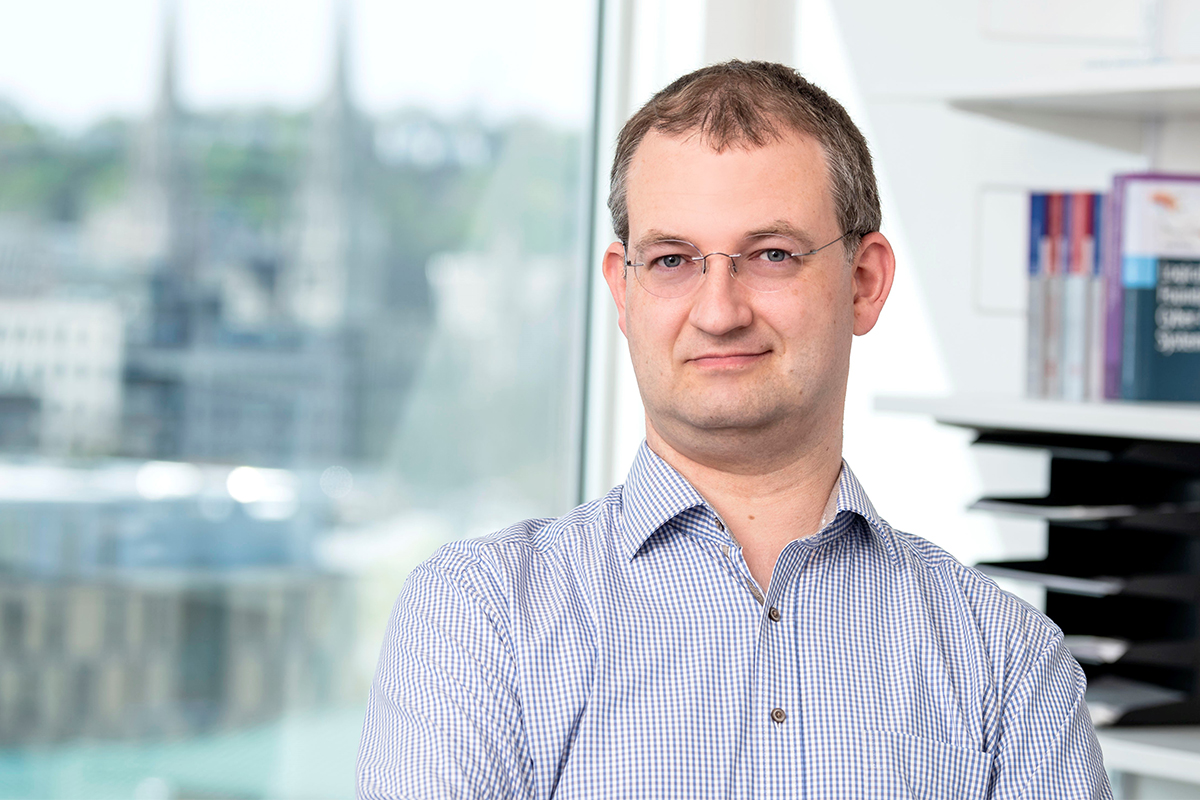 "KIT conducts research on future technologies, in particular in the fields of energy, mobility, and information, and especially at their interfaces. Cyber-physical systems that combine software with mechanical and electronic components - for example in traffic or robotics - are of great importance. The fact that we were able to win Professor André Platzer, a world-renowned expert and top international researcher in this field, for KIT is a boost for our research," says KIT President Professor Holger Hanselka.

These cyber-physical systems (CPS), in which mechanical components are interconnected via networks and modern information technology, enable the control and monitoring of complex systems and infrastructures. Computer science expert Platzer is investigating how logic and programming can ensure that computer and communication systems interact with physical movement without error. After all, only when this succeeds do CPSs operate optimally in a time-saving, safe and efficient manner.

Platzer has developed the logical basis for the open-source tool KeYmaera X, which is being used in the community. It enables proofs of correctness of a system to be provided. In government and industrial collaborations, this applied basic research by Platzer has decisively improved the safety of CPS in rail and air traffic and medical robotics.
At KIT, André Platzer accepts the Alexander von Humboldt Professorship on Logic of Autonomous Dynamical Systems and will lead the new Institute for Reliability of Autonomous Dynamical Systems to close synergies with other application fields of reliable CPS. An expert in theoretical computer science, he has taught at Carnegie Mellon University (Pittsburgh, USA) since 2008. His dissertation was awarded the ACM Doctoral Dissertation Honorable Mention Award. Already in 2009/2010, he was considered one of the top ten young scientists in the AI field according to Popular Science Magazine and IEEE Intelligent Systems, respectively.

André Platzer received his doctorate in computer science from the Carl von Ossietzky University of Oldenburg in 2008. Immediately afterwards, he was appointed Assistant Professor at the renowned Computer Science Institute at Carnegie Mellon University, Pittsburgh, USA, where he has worked ever since, becoming Associate Professor in 2014 and Full Professor in 2020. In 2015, he was a visiting professor at Cornell University, Ithaca, USA. In 2019, he conducted research as a Humboldt Fellow and DFG Mercator Fellow at the Technical University of Munich.

About the Alexander von Humboldt Professorship

The Alexander von Humboldt Professorship, Germany's most highly endowed international research award, is endowed with up to five million EUR each. With this award, the Alexander von Humboldt Foundation honours world-leading researchers from all disciplines who have previously worked abroad. The aim is for them to carry out pioneering research at German universities in the long term. The award money is intended for the first five years of research in Germany. The award is funded by the Federal Ministry of Education and Research. The Humboldt Professorship gives German universities the opportunity to attract top international researchers and to strengthen their own profile in the face of global competition. The award is linked to the obligation to offer the new Humboldt Professors long-term prospects for their research in Germany. Additional sponsorship funds are available for Humboldt Professorships in the field of artificial intelligence until 2024. These Humboldt Professorships can also deal with social, legal or ethical aspects of artificial intelligence."

A total of 10 Humboldt Professors were selected in the current round.