On August 3, 1984 Professor Werner Zorn and his staff Michael Rotert received the first Internet Email in Germany. In it, Laura Breeden from the Massachussetts Institute of Technology (MIT) in Boston welcomed the German scientists to CSNET, one of the forerunners of today's Internet. Germany was the second country outside the USA to be connected to the Internet.

The CSNET (Computer Science Network) founded by Prof. Larry Landweber was put into operation in the USA in 1981. It was intended to give colleges and universities free access to a communication network with which the institutions could exchange information. CSNET provided a solution to the problems of scientific institutions with the ARPANET (Advanced Research Projects Agency Network), which they could not dial into due to a lack of authentication and the actual benefit for military research.

The preparatory work for connecting Germany to CSNET was carried out by Professor Werner Zorn from the then University of Karlsruhe (TH), who proposed to the Federal Ministry of Education and Research as early as 1982 that the German Research Network (DFN) be connected to the American CSNET. Professor Zorn's idea and the subsequent implementation using Dave Farber's CSNET software from the University of Delaware resulted in the e-mail from Boston received in 1984. One of Professor Zorn's further successes is the connection of China to CSNET. Through the work of Professor Wang Yunfeng from Beijing, China was able to connect to the Internet via Germany for the first time in 1987. Until a functioning infrastructure for the People's Republic of China was established, all domains were administered on the computers of Professor Zorn. 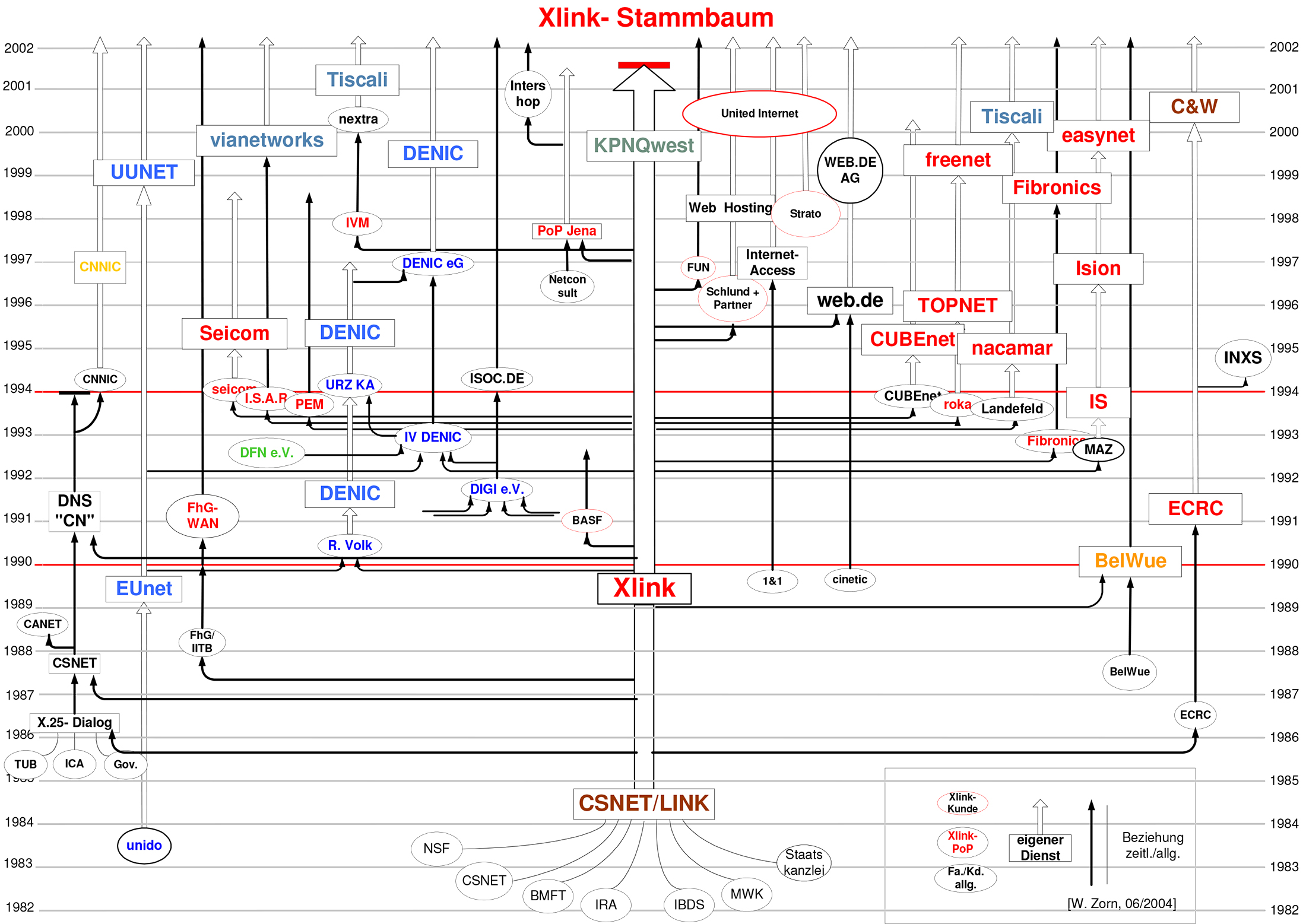 Development and connection of Xlink

In addition, Professor Zorn founded the service provider Xlink (eXtended Lokales Informatik Netzwerk) on 01.11.1989. Xlink was the first customer to supply the Baden-Württemberg university network BelWü with Internet. In 1990, BASF AG was the first commercial customer of XLink. After the spin-off from the University of Karlsruhe, sales increased to up to DM 45 million by 1998, before XLink was sold to KPNQwest in 1999/2000.

However, it is mainly the first Internet e-mail that remains in the public's memory. Karlsruhe's scientists paved the way for the triumphal procession and massive spread of e-mail 30 years ago, which is why the city of Karlsruhe is still called the Internet capital of Germany today.