The KIT team "Let's Party: Home Alone" won 4th place at the Northwest European Regional Decision (NWERC) of the "International Collegiate Programming Contest" (ICPC) and was awarded with a gold medal. The computer science and mathematics students Ilia Bozhinov, Christian König, and Michael Zündorf were the best German team among 120 teams and can now justifiably hope to have qualified for the worldwide final . The two other KIT groups "KitKatCode" and "RisK IT!" also achieved very good 29th and 48th places, which gives reason to hope for further top rankings in the next years.

The competition was held online this year due to the pandemic. 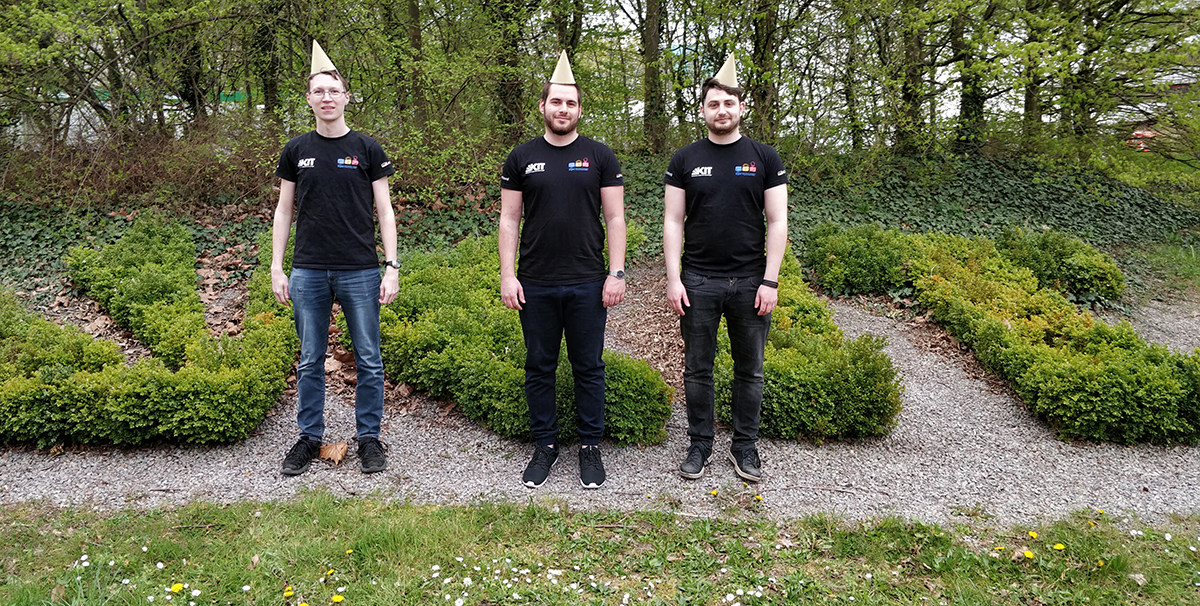 The NWERC is the first round of the ICPC and comprises a time frame of five hours, in which three students each deal with eleven algorithmic problems. It is important to derive a solution quickly and to implement it as precisely as possible. The tasks come from topics such as graph theory, numerics, geometry, number theory or dynamic programming and some others. Coordinated group work, broad knowledge, efficient and error-free work as well as the recognition of edge cases are particularly emphasized in this competition.

For Bachelor students, the ITI-Wagner offers an internship every summer semester, which prepares for the competition and from which the future participants are selected. More info onhttps://icpc.iti.kit.edu

The ICPC is considered one of the most important student programming competitions and is organized every year by the world's largest computer science society, the "Association for Computing Machinery" (ACM). After the various regional eliminations, there is also a worldwide final. The tasks at the ICPC range from tricky implementation tasks to tasks on the design and implementation of algorithms and data structures to algorithmic geometry and mathematics.